Why I quit Social Media (and why I came back) 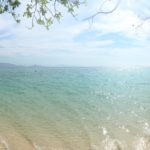 A few years ago now there was a referendum about something or other. I was firmly on one side of the argument – I consider myself to be ‘politically informed’, and was disappointed in not just the result but the subsequent backlash. I drifted off social media and found myself not really missing it so much.

There are a growing number of studies that suggest that social media is bad for your mental health, and it is easy to see why – you get a score on your opinions, thoughts, experiences given to you by the people that you care about. It’s a strange thing to be faced with such an easy barometer of approval. But you only get approval from those who agree with you, and that creates a much greater chance of division than debate: you can block (or be blocked) to reduce the interference on your feed, your message and your thoughts. And so we end up in echo chambers, repeating the same thoughts to ourselves and our friends, who all agree and tap the appropriate button. Anything challenging rarely gets through the filter.

Some people reject the news entirely so as to avoid being influenced, but I just find this to be somewhat ignorant – things are happening in the world and to make informed choices you should be informed. But that’s a different app, and it doesn’t have those bloody awful sponsored pieces that autoplay and eventually fill half your wall.

I expanded my real life social network, and found the digital one to fade in comparison to real life experiences, meeting up for a chat or (so old fashioned) calling someone on the phone gives a sense of connection greater than trying to read their words in their voice off a screen. I am by far happier when I can hear the happiness in your voice, reach out to reassure you with my hand or raise a cynical eyebrow to your face than I ever was seeing a 😆.

It impacted on other areas of my life as well, reducing my screen time (and making my online updates increasingly rare) until I realised I had been some months since sharing anything of myself online.

And then things got complicated as I started spending a lot of my time doing tasks related to university (oh, I started a degree in Physiotherapy too) and I just didn’t have the time or the inclination to post anything. I went to Thailand for three weeks and didn’t share a single picture with an anonymous audience on the internet (but I couldn’t resist using one for the header at the top of this page). And I just felt happy, in the moment, being wherever I happened to be and not needing to try and find out where everyone else was and if they were having as good a time (or better!) than me on a white sand beach on a desert island. And weirdly that carried with me, back from the beach, that realisation that what is here is far more important than what is behind the glass screen.

But I am still human, and some of my tribe live great distances away. I am entirely incapable of being able to remember anyone’s birthday. I enjoy seeing pictures of my kin, hearing snippets of what goes on elsewhere in the world. So dipping in and out of Social Media has became more normal for me recently, but only ever infrequently, and more often than not to inspire me to ask if someone is free for a tea and a chat.

And now I find myself with more news to share, so end up writing what I guess is a somewhat apologetic piece for any missed birthdays or unanswered posts: I’m still here, just away from the screen, and the kettle just boiled – fancy a cuppa?